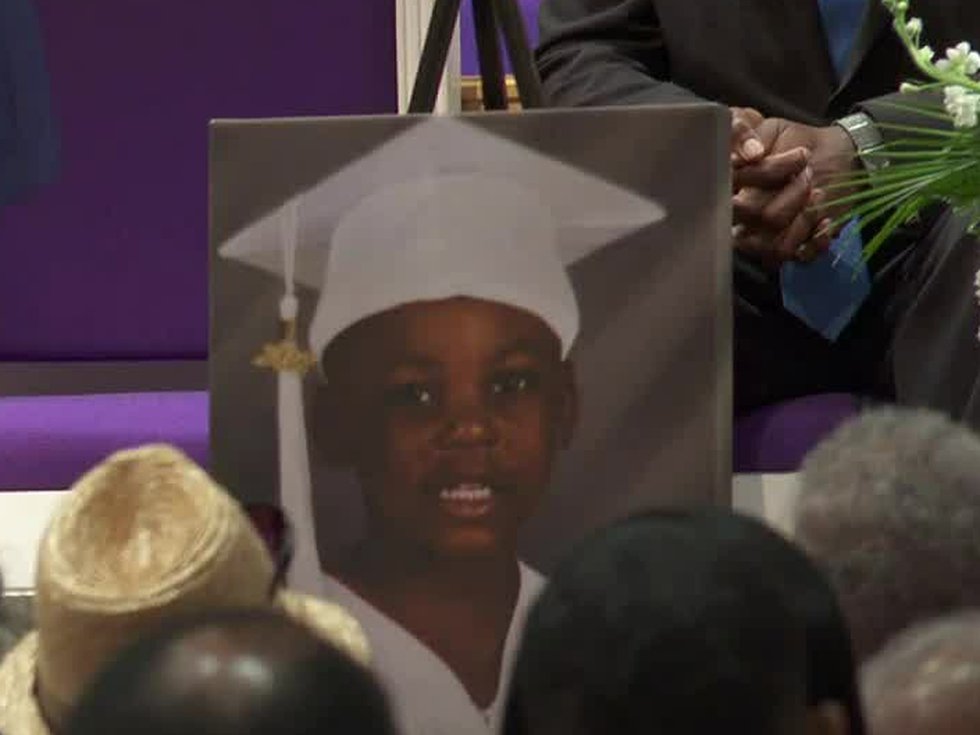 SWANSEA, SC (WIS) – A rainy and gray afternoon in Swansea provided the backdrop for the ‘Celebration of Life’ service for Winston Hunter, the six-year-old child who lost his life following a drive-by shooting in Woodford, outside North, last week.

Hunter was a member of Jeffrey Scott’s North Baseball Little League team and says he was an “all-star.”

“He was my first baseman, and if the ball went to third, he was my third baseman. Winston was very happy. Just playful and happy. He wanted to be the best baseball player ever,” Scott said during the service.

He wore the number ‘6’ on his blue jersey and had many nicknames, according to friends and family. His most used nickname was “Winn Winn”. And, he liked to win.

“He was just energetic, he was competitive, he was determined, and Winston had that drive to help others and improve,” Scott said.

The Hunter family asked guests attending the service to wear blue, the color of their baseball jersey. The members of his team all wore their jerseys as a tribute.

Members of the Orangeburg County community mourned the loss of the child. His family, his friends and even the police who intervened at the scene of the shooting.

“It’s always different when you hear it’s a child. They are victims who have no say in what is happening and it is just an upheaval,” Lt. Franklin Williams said.

Williams also served as an escort for the family motorcade before Hunter was laid to rest.

“He played in the same league as my boys,” Williams said.

Hunter was described as a “little old man”, an “assistant coach” and “wise beyond his six years”.

Her trainer, Scott, says the community needs to come together and find a way to prevent such deaths from happening again.

“It shows us that with this gun violence happening today, we need to do something different. We need to get on our knees. We need to pray more,” Scott said.

Notice a spelling or grammatical error in this article? Click or tap here to report it. Please include the title of the article.

Pearland and Ridge Point meet Thursday in the regional semi-finals