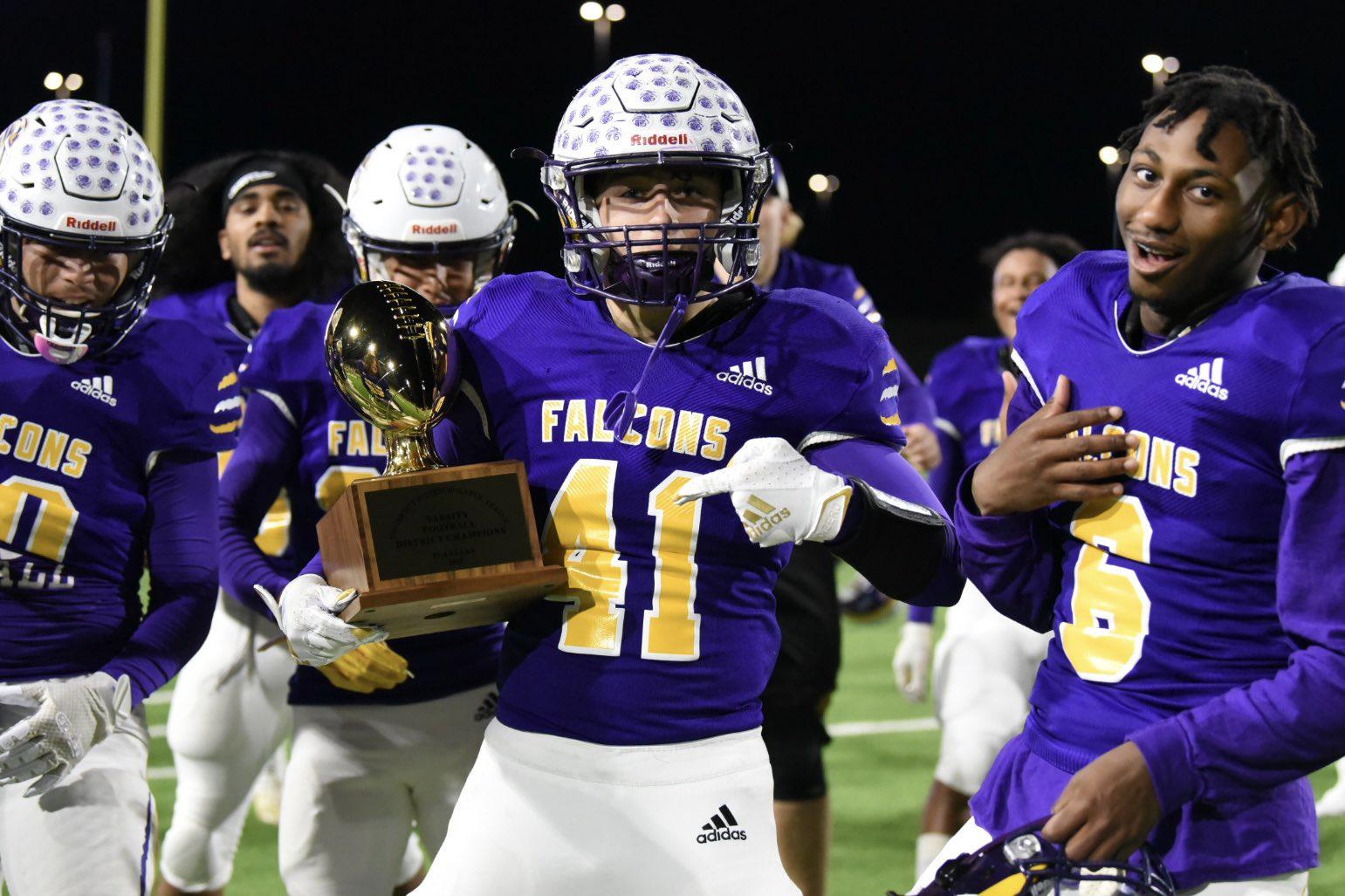 Harold Perkins ran for 229 yards with three touchdowns and Cy Park defeated Langham Creek in the District 16-6A final on Saturday afternoon, Nov.6 at Pridgeon Stadium.

Cy Park (9-1, 6-1) won his first district championship in program history under head coach Greg Rogers. The Tigers clinched a share of the title with a seven-point victory over Cy Ranch on October 28.

The Tigers finished ahead of Bridgeland, Cy Ranch and Cy Woods in the standings, who finished tied at three for second place at 5-2.

Perkins scored on rushes of 74, 42 and 62 yards while Livingston crossed the goal line for 50 yards. King scored on 42 and 17 yards, Dixon on a 1 yard and Brown on a 5 yard. Michael Ebiai also scored on a 5 yard fumble return.

Langham Creek (4-6, 3-4) narrowly missed the playoffs, finishing fifth in the standings for the second year in a row.

Cy Park is set to face Tomball High in the Region 2 Class 6A Bi-District Round on November 11 at 7 p.m. at Tomball ISD Stadium.

Rashon Estes finished with five total touchdowns in the first half as Jersey Village beat Cy Creek 63-21 to go undefeated, securing the District 17-6A Championship on Friday night November 5 at Pridgeon Stadium.

Jersey Village (10-0, 7-0) had a perfect regular season for the second time in four seasons under Snokhous. The Falcons clinched a share of the title in Week 10 and finished ahead of Stratford, Cy-Fair and Memorial High in the standings.

Jersey Village opened the scoring on a 22-yard rush from Isaac Pedraza in his first practice, as part of a 28-point quarterback.

Rashon Estes then scored three rushing touchdowns, scoring on a pair of short runs before his 20 yards took the lead to 28-0.

Cy Creek (4-6, 3-4) suffered his third consecutive loss (Stratford, Memorial High and Jersey Village) in double digits after securing back-to-back wins under head coach Greg McCaig. The Cougars failed to advance to the playoffs for the first time since 2017.

The Cougars avoided a shutout on Brad Jackson’s 43-yard pass to Jamon Richardson and also scored on the return of Keshawan Lamont’s 82-yard kickoff and Jackson’s short pass to Rashod Richardson.

Jersey Village is scheduled to host Westside during the Region 3 Class 6A Bi-District Round on November 12 at 7 p.m. at Pridgeon Stadium.

Cy Springs (2-8, 1-6) suffered their fourth straight loss to end the regular season. The Panthers have tied their winning streak from the past two seasons.

Cy Ranch is scheduled to host Klein Oak in the bi-district tour of Region 6A 2 on November 12 at 7 p.m. at Cy-Fair FCU Stadium.

Connor Weigman threw three touchdown passes to Andrew Maleski in the first half and Bridgeland defeated Cy Falls 38-10 for the final playoff spot in District 16-6A on Thursday night, November 4 at Cy-Fair FCU Stadium.

Bridgeland (7-2, 4-2) won their third straight playoff trip after missing the game in 2018 when they opened. The Bears suffered back-to-back losses after starting quarterback Conner Wiegman suffered an injury but has won their last three games to claim fourth and final place in 16-6A.

Cy Falls (4-5, 3-3) put themselves in a position to advance to the playoffs by winning their last three games against Cy Springs, Cy Lakes and Langham Creek. They beat the Lobos 21-14 in Week 10.

Bridgeland is scheduled to visit Klein Collins as part of the Region 2 Class 6A bi-district round on November 12 at 7 p.m. at Klein Memorial Stadium.

Cy Woods (5-4, 4-2) have won their last four of five games to secure a playoff spot alongside Cy Ranch and Bridgeland.

Cy Woods is set to face Klein Cain in the Region 2 Class 6A Bi-District Round on Nov. 12 at 7 p.m. at Tomball ISD Stadium.

Cy-Fair shutout Spring Woods 69-0 in the District 17-6A final on Thursday night, Nov. 4, at Pridgeon Stadium.

Cy-Fair (5-3, 4-2) earned their fourth straight victory and prevented their opponent from scoring in three of the last four games.

Spring Woods (4-6, 1-6) have lost six of their last seven games after starting 3-0 in an out-of-district game.

Cy-Fair is scheduled to meet Lamar during the Class 6A Bi-District Round of Region 3 on November 12 at 7 p.m. at Delmar Stadium.

Cy Ridge suffered a 28-10 loss to Memorial in the District 17-6A final on Saturday afternoon, Nov.6 at Tully Stadium.

Cy Ridge (2-8, 2-5) failed to get more than two regular season wins for the second straight season.

The Rams avoided a shutout on Miguel Moreno’s 30-yard field goal and reduced the deficit on Jai Vaquera’s 1-yard run.

Ethan Spears had 176 yards on 29 carries with three touchdowns for the Mustangs.

Houston Christian (2-8, 0-5) suffered a 31-7 loss to host Episcopal in the Southwest Prep District 4A Finals on Friday night, October 29.