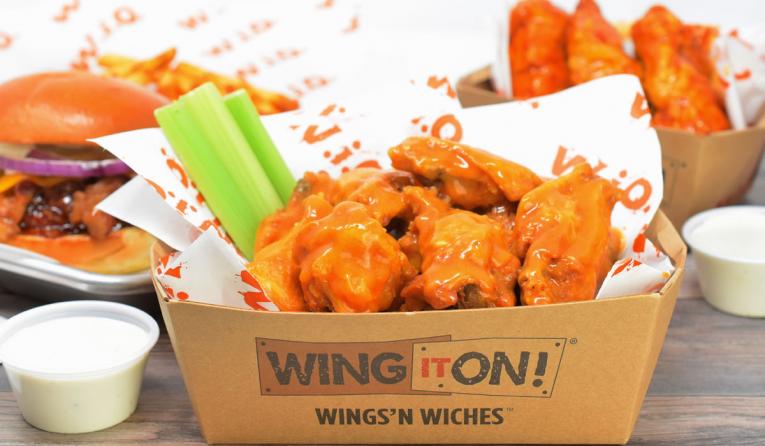 Fly away! Inks agreement to open another location in New Jersey

Wing It On !, the fan-favorite New England-based wing seal known for its fresh, never-frozen, all-natural wings, has announced a new deal signed with Jeff Cooper to bring another location to New Jersey . The newly signed deal is part of the brand’s broader growth strategy to lock in an additional 25 to 30 units by the end of the year in markets across the country.

â€œI have always loved chicken wings and was looking to take a new step in my professional career and run my own business. I naturally turned to restaurants and chicken concepts. After doing my research, Wing It On! really stand out from the sea of â€‹â€‹other faces in the category, â€says Cooper. â€œI am so excited to join Wing It On! and spread the imprint of this exciting brand throughout North Jersey, a place that lacked remarkable fender seals. ”

Cooper is a seasoned pro who brings Wing It On! extensive experience as a business analyst for a number of companies. His familiarity with effective project management and problem solving will play a key role in managing his Wing It On! restaurant. But more importantly, he’s a fanatic of the Wing, besides having a passion for giving back to the local community and delivering an amazing customer experience.

Fly away! has gained a loyal fan after redefining the standards for fresh and crispy wings. With a simplified and innovative menu, fans of the brand favored genuine Buffalo quality wing cooked and in sauce or seasoned to perfection. In addition to its famous wings and boneless fillets, Wing It On! also serves a full line of hand-crafted crispy chicken sandwiches, side dishes and irresistible customizable seasoned fries. Fly away! certified its leadership position in the category after being the official sponsor of the 2021 U.S. Chicken Wing Eaters Championship on September 5 held in the chicken wing capital of the world, Buffalo, New York. Participants, including Miki Sudo and Joey Chestnut, were challenged to eat so many wings mixed with the brand’s authentic Medium Buffalo sauce in 12 minutes while also wearing Wing It On! branded t-shirts.

â€œThis is a defining moment for our brand as we expand our presence in New Jersey with a passionate entrepreneur leading the way like Jeff,â€ said Matt Ensero, CEO and Founder of Wing It On !. “I can’t wait to present our game-changing chicken offerings to other Northern Jersey communities and show them what real Buffalo Chicken Wings are like.”

The creation of a great wing experience dates back to the early 2000s, when Ensero and his friends had a soccer game every Sunday over who drove over 30 minutes to pick up wings at some of their favorite spots in towns and cities. surrounding areas. However, the distance and styrofoam take-out boxes would still result in soggy, cold wings once we got home. Ensero had had enough, hence Wing It On! was born. He opened the first Wing It On! in his hometown of Waterbury, Connecticut, serving only the crispiest wings that all true winged nuts crave.

The attractiveness of the franchise model is only enhanced by its flexible design footprint. Takeout and delivery generate almost 90% of the store’s revenue, which means overhead is kept low with only a small portion of the restaurant set aside for dinner. Locations can range from less than 1,000 square feet to 1,700 square feet, with the â€œsweet spotâ€ being stores from 1,200 to 1,500 square feet.

As the brand continues to grow in key markets, Wing It On! is actively seeking qualified single and multiple unit owners who wish to invest with an emerging brand in the fast growing chicken segment that simplifies operations. The ideal franchisees should have business or operating background and a passion for the restaurant industry – if you’re a nutcase, even better. Franchisees must have a minimum net worth of $ 400,000 and meet the minimum liquid asset requirement of $ 100,000.

The news and information presented in this press release has not been corroborated by QSR, Food News Media or Journalistic, Inc.