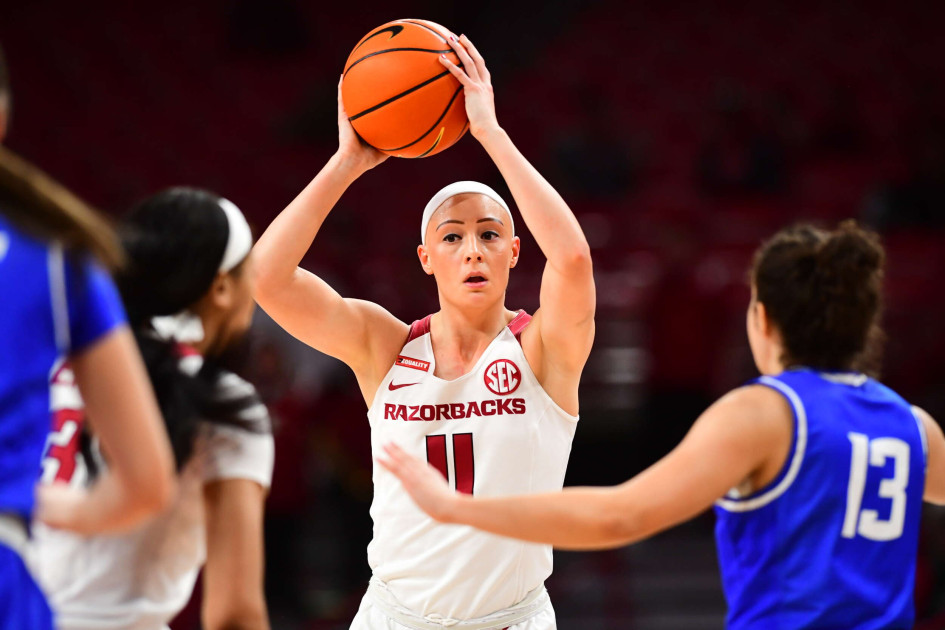 FAYETTEVILLE, Arche. – Arkansas women’s basketball (10-3) fell in their last non-conference game scheduled for Tuesday afternoon at Bud Walton Arena, as head coach Mike Neighbors Hogs lost to Creighton (8-3 ), 81-72. Creighton’s offense was excellent for most of the night, especially at depth, as they hit 14 of their 30 long balls. Creighton also passed Arkansas, 39-31, while winning the turnover battle, 11-9.

Junior guard Makayla Daniels had an excellent outing against the Blue Jays, scoring 34 points for Arkansas, a new career high. She also did it on an incredibly effective clip, as she made 11 of her 17 shots, five of her six threes and seven of her eight free throws. Sasha Goforth and Jersey Wolfenbarger both scored 11 points in the loss.

The Hogs and Blue Jays battled in the first quarter, and the frame ended with Creighton in the lead 16-13, after Arkansas scored the last five minutes of the frame. This game was won in the second quarter, however, as the Blue Jays dominated the frame, 29-20, behind incredible shots.

Lauren Jensen propelled Creighton’s offense during the period, hitting three of her five triples in the quarter. Morgan Maly was also dominant in the frame, as she scored eight points. Overall, despite Arkansas having scored four of their five triples during the period, Creighton had seven of their 11s, taking a 12-point lead at the break. At the start of the third, the Blue Jays were leading up to 20. Despite Daniels’ 34, Arkansas never really threatened in the second half.

Arkansas is heading to Mississippi, as the Hogs and Rebels of Ole Miss are set to face off in the Razorbacks’ SEC opening game. This game is scheduled to switch at 6 p.m. CT and can be watched on SEC Network +.