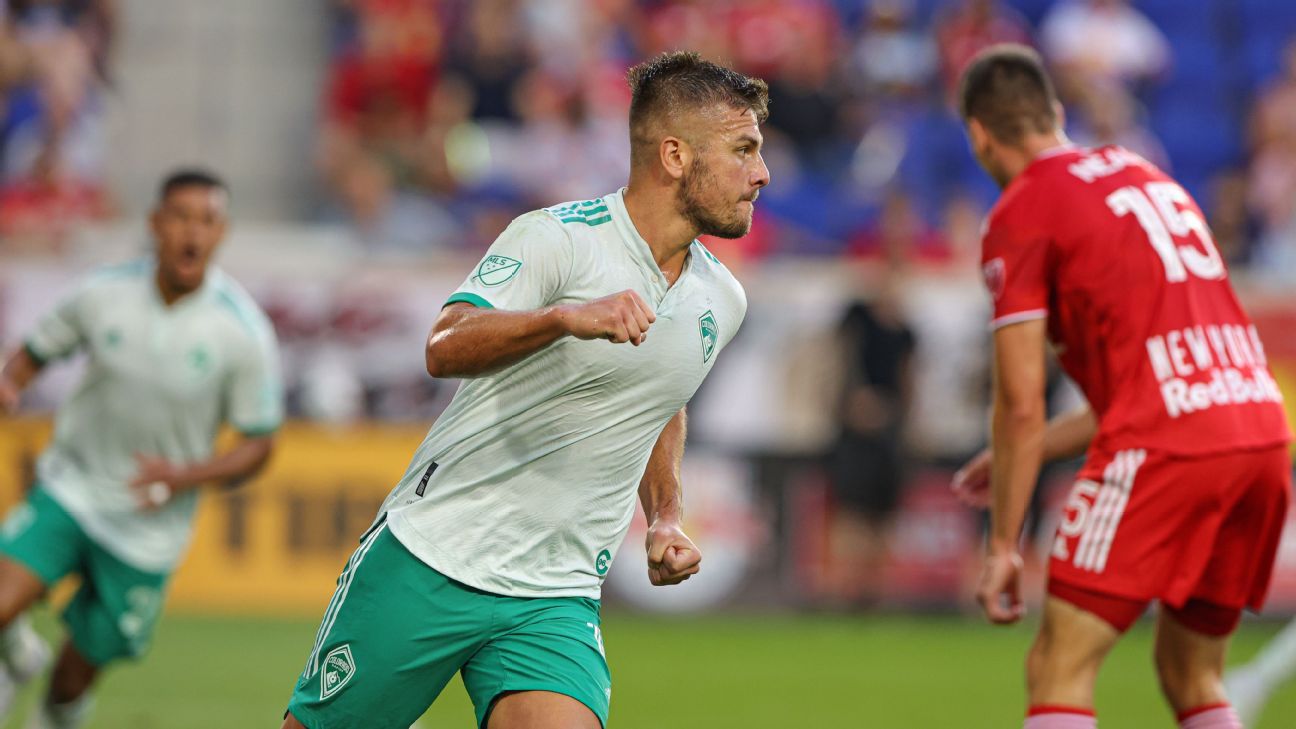 Collen Warner equalized the game in the 77th minute and Michael Barrios put the Colorado Rapids ahead in the 80th as the visitors scored four straight goals and held on for a 5-4 win over the New York Red Bulls Tuesday night in Harrison, New Jersey.

Keegan Rosenberry started the rally with a long shot in the 38th minute for Colorado (7-9-6, 27 points), who won from behind and won on the road for the first time this season.

– MLS on ESPN+: live streaming of games, replays (US only)

Diego Rubio scored his team-leading 10th goal in the 21st minute for the visitors and 17-year-old Dantouma “Yaya” Toure scored his first professional goal to put the Rapids up 5-3.

Colorado needed that reassurance after Tom Barlow converted New York’s second penalty of the night in the second half.

With the win, the Rapids move up to 10th in the current Western Conference standings, four points behind Portland for seventh and final playoff spot.

Red Bulls midfielder Dru Yearwood and defender Aaron Long opened the scoring with goals inside the opening 10 minutes as the home side took control early.

After Rosenberry’s goal closed it at 3-2 at halftime, the Rapids were only moderately dangerous in the second until Warner scored from a free kick, stabbing the rebound after Carlos Coronel saved the Rapids’ first corner header.

Touré thought he had scored his first professional goal in the 85th minute, but was recalled when Zardes was ruled offside. But he had the historic moment of his career four minutes later when he fended off a rebound after Coronel’s diving save on Rubio’s attempt.

The Red Bulls remain fourth in the East having conceded five goals in consecutive competitive matches, having lost 5-1 at Orlando City last Wednesday in the US Open Cup.

McCarthy throws for three scores, runs for another in Haddonfield win