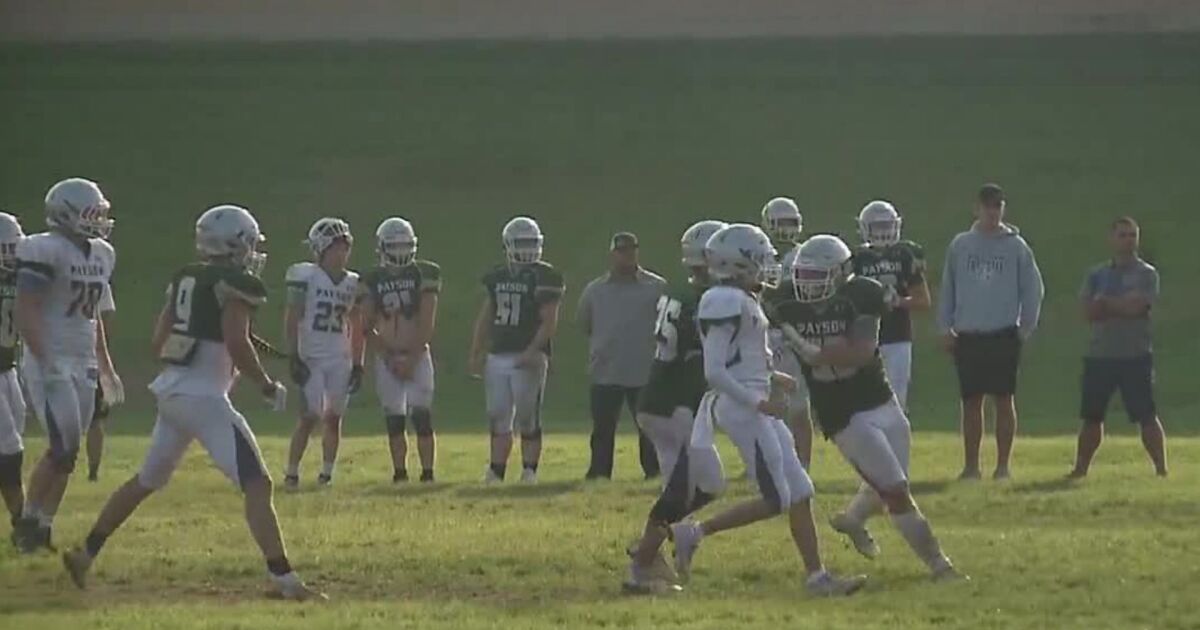 PAYSON, Utah – With a few days to go into high school football season, it’s no shock to see the players at Payson High School spending hours on the field preparing for the season opener.

Like all high school athletes, players at this school must be granted the right to wear their school’s jersey.

This year, in addition to the work they do on the field in training, players must spend hours doing community service before receiving their jerseys.

â€œThe coaches demanded that JV players have five hours of community service and we had to get it signed by the person we did it for,â€ said Layne Osborn, a senior on the team. “College players were to have seven hours.”

During most of the summer, the players undertook various service projects and performed acts of kindness towards members of their community.

â€œIt shows the community that we care, and we really do. We take care of them, â€said Logan Secrist, a senior executive on the team.

In an example of sharing kindness, several players on the team dug a trench in a house where construction equipment couldn’t complete the job.

â€œThe boys came for four hours,â€ said Nan Theobald, a recipient of Kindness. “We’re older and it was like, oh my god they just saved us a lot of hard work.”

Players believe that completing service work contributes to team unity and could translate into success on the pitch.

The team’s first-year head coach is hoping the good deeds will have an impact beyond the football field.

â€œI want that when they put on this uniform it means something to them,â€ said head coach Mark Murdoch. “I treat these kids like mine and want them to be grown men and understand what it’s like to worry about other than themselves.”

Lauren Joyce: Being able to put the shirt on is amazing