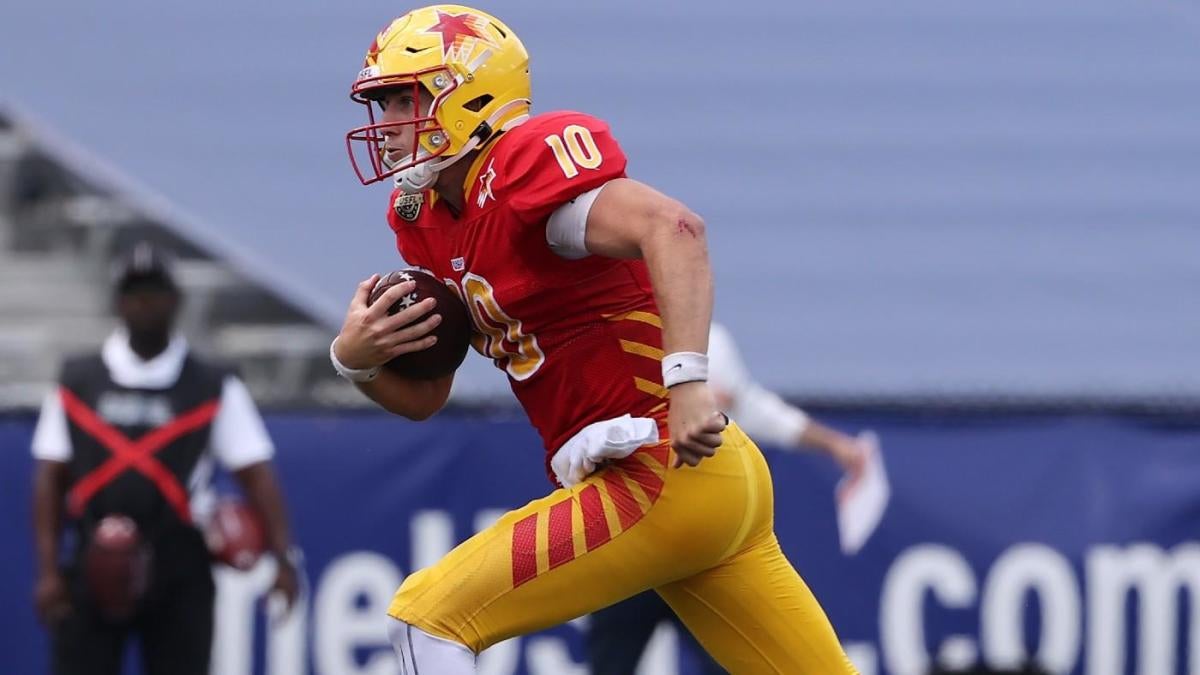 Week 8 of the USFL season on the books. For the most part, the status quo held firm with the league’s elite teams coming out on top.

That said, the Birmingham Stallions had their biggest test of the season, needing a late field goal to ensure they remained perfect and went 8-0 up. Meanwhile, the Generals and Stars made quick work of the Maulers and Panthers as they each fell to 1-7 and were completely out of the playoff bracket. In the weekend finale, the Bandits dropping 13 points in the second quarter was enough to fend off the Gamblers.

For a more in-depth look at how other league matches have unfolded.

The New Jersey Generals have won seven straight for them this season with a convincing win over the Pittsburgh Maulers. Running back Darius Victor was the main reason the Generals now sit 7-1 and in complete command of the North Division as the Towson product rushed for a season-high 87 yards and three touchdowns. This is the third time this season that Victor has rushed into the end zone multiple times.

While Victor was the clear beast in the running game, the Generals’ entire backfield got to eat as they totaled 159 rushing yards as a team on a 4.5-yard clip per carry. Quarterback Luis Perez was also extremely effective passing the ball, completing 75% of his throws for 220 yards and a touchdown.

The Generals took control of this game early on, scoring a touchdown on the game’s opening possession. While Pittsburgh was able to match that first score, the second quarter was where New Jersey started to leave them in the dust, rolling on a 16-0 run before halftime. From there, everything went well for the generals.

With the loss, the Maulers were officially eliminated from the playoffs. Considering they only had one win at the start of Week 8, this official ouster from any kind of playoff was inevitable.

One thing Pittsburgh can hang their hats on from the weekend, however, is kicker Ramiz Ahmed, who netted a USFL-record 61-yard field goal in the third quarter.

The Birmingham Stallions’ perfect season is intact, but it was arguably put to its biggest test of the season against the New Orleans Breakers. Defense was the key storyline in this face-off of the Southern Division rivals, as they were both held in single digits for most of the contest. Birmingham took a touchdown lead late in the first quarter, but the Breakers cut that lead over the next two quarters and led 9-7 going into the fourth.

By then, an interception by J’Mar Smith on the quarterback’s first possession had upended the alerts in the league. However, a missed field goal by the Breakers after the pick kept Birmingham within striking distance and after a three-and-out back-and-forth by both clubs, the Stallions embarked on an eight-game drive that saw culminated in what would have turned out to be Brandon Aubrey’s field goal that just creaked with less than two minutes left.

After going 10-9, the Stallions defense slammed the door on any possible Breakers comeback with defensive back Josh Shaw taking out Kyle Sloter – who became the first USFL player to pass for over 1,500 yards this season – with seconds left in the game.

With this victory, the Stallions not only remained perfect, but also clinched the top spot in the Southern Division.

The Philadelphia Stars officially clinched their playoff ticket by knocking the gates off the Michigan Panthers, 46-24. While this victory sends Philly to the playoffs, the Panthers 1-7 are now officially eliminated from the playoffs.

The Stars offense exploded for 46 points in the win and continued to pour it down the line. In the first quarter, quarterback Case Cookus was able to lead the offense on touchdowns on his first two possessions of the game to build an early 14-0 lead. Those two scoring drives were well complemented by their defense which forced Panthers quarterback Paxton Lynch to make an interception on his second pass attempt of the game.

To Michigan’s credit, they absorbed that initial hit well in the second quarter and entered the locker room at halftime trailing by a single field goal. However, the Stars’ offense continued to hum through the final two quarters, while their defense forced two more turnovers, resulting in a 25-6 run to end the game.

Case Cookus finished with a monster day in the air, completing 76.9% of his throws for 247 yards and four touchdowns. He also rushed for 118 yards, topping the bill with a 79-yard touchdown in the fourth quarter.

With Cookus dominating on the offensive end of the ball, Philadelphia cornerback Channing Stribling recorded his sixth league interception of the year in the third quarter, making it a complete blowout for the Stars.

The Tampa Bay Bandits kept their playoff hopes alive with their win over the Houston Gamblers in the Week 8 Finals. While the North Division already has its two playoff teams, there’s a bit of a race for this second place in the southern division. While the Breakers fell to the Stallions on Saturday, Sunday’s win for the Bandits ensured their dream of making the playoffs lasts for another week.

Tampa Bay’s defense was history against Houston as they held the Gamblers to just three points in the afternoon, which included a fourth-quarter shutout despite the Bandits’ offense committing two turnovers during this final stretch. The offense came to life during a 13-point second quarter that included a seven-yard touchdown pass from Jordan Ta’amu and two field goals. Tampa Bay was held scoreless outside of that second quarter, but that was all their defense would need to claim victory.

Next week is a huge game for Tampa Bay’s playoff hopefuls as they face the Breakers.

While the Gamblers – who fell to 1-7 on the season with the loss – did not suffer another last-second heartbreak, it was a winnable game for them. They won the Bandits in total yards and won the turnover battle. Even after forcing two turnovers in the fourth quarter, they were unable to capitalize on three hits after a fumbled recovery and then a failed conversion on fourth down following an interception. This inability to perform late has plagued them all season.